What a forceful truth the great Alberto Cortez knew how to say. Those four lines synthesize my feelings for the dream companion of my life.

Known to the magicians as Greco, Carlos Ambrosio Garavaglia was born in Alta Gracia, Córdoba on December 5, 1943. He adopted the maternal surname “Greco” as his stage name. His first period in our Art was when his mother Dora took him to the city of Córdoba to visit and buy his first games at “La Casa de las Cachadas”. When he was a teenager he arrived with his family, first to Lanús then finally at the city of La Plata. Almost immediately he met the great Oscar Keller, who would be our magical father. He immediately made him enter the “his beloved club”, the Centro Mágico Platense. This was the true magical baptism, the beginning of a huge, deep and very rich career in our Art.

There are many topics in which Greco stood out within the world of Magic. The way I see it (and I apologize to so many friends like Zergio, Sonny Fontana, Misterix, Gustavo Raley and others), Greco was the best Shadowgraphist I have ever met. The great genius of the scene, Fu Manchú (David Bamberg) who learned the Art of Chinese Shadows from his father Okito, had only two students, one was Yukito and the other Carlos Greco. The performance of the shadows in Greco’s hands was truly masterful, I am not overreacting when I say that I have seen him do the act more than a thousand times and I was always captivated. He left as a legacy the production he did with Bazar de Magia of two great explanation videos. I always had the same admiration for his Miser’s Dream. He fooled me repeatedly, I really didn’t understand where he got the infinite coins from. His extraordinary routine was also captured in a book and an excellent video with the great Iñaki Zabaletta.

He was a very lovable Artist who knew how to captivate all audiences, both children and adults. He amazed audiences easily with his goodness.

On the other hand, he was an exquisite maker of magic devices, from illusions to parlor tricks, especially in wood. A unique finish. I still have many of those unique pieces that despite use and time seem new.

He published and illustrated books such as “The Magic Lesson”, “The Book of the Tables” and “The Magic of the Centro Magico Platense”

Of those who were fortunate enough to be present, he did award-winning, surprising and unforgettable presentations of the Batmobile act, the Train act, The Tomatoes and Rezvani Bowl and the extraordinary Self-levitation.

Greco was an extraordinary professional, hundreds of performances at the Balá Circus, both in the tent and on television. El Circo de Billiken, television shows like La Luna de Canela and many others.

Among so many facets, Greco was also a much beloved teacher. He was a teacher at the Bazar de Magia school on Tacuarí street.

Festivals, shows, trips, awards. Magic Castle, FISM, and our great dream Vernet Magic we get to work together.

He had a huge devotion to the magic and his club: the Centro Mágico Platense

I give thanks to life that allowed me to meet Carlos Greco.

He was the one who has been much more than a brother, my great dream companion, Carlos Greco: the best person I have ever met in my entire life. 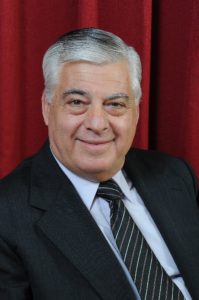 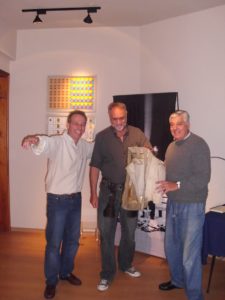 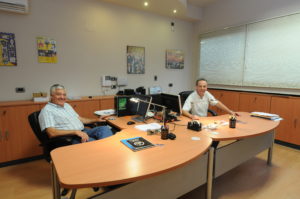 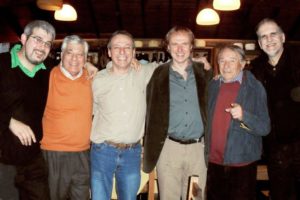